Display of radio, on-board computer and single-zone air conditioning Citroën C5 first generation facelift It may be necessary to configure with your car, I recommend to follow the reference 9660468280 Citroën C5 is a mid-range car that has been produced since 2001 to the present The production of Citroën C5 cars of the first generation took place in 2001 – 2003, the facelift was produced from 2003 to 2008. The production of cars of the second generation took place in the years 2008-2010, the facelift of the second series was produced from 2010 to 2017 . 2021 and still produced today When placing an order, you have the option to enter the VIN number and we will check the compatibility of the part with your car.

How to replace the display?

Johnson Controls is a globally diversified technology and industrial leader serving customers in more than 150 countries. Our 150,000 employees create quality products, services and solutions to optimize the energy and operational efficiency of buildings; Lead-acid automotive batteries and advanced batteries for hybrid and electric vehicles; and interior systems for automobiles. other codes 9660468280 6155FV 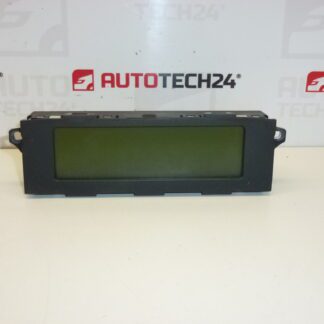