How to change the electrical base of light bulbs?

The socket is part of the rear lamp, so it is necessary to remove the lamp first by allowing the Wing nut from inside the car, then the lamp can be removed away from the car Other codes 6350J8 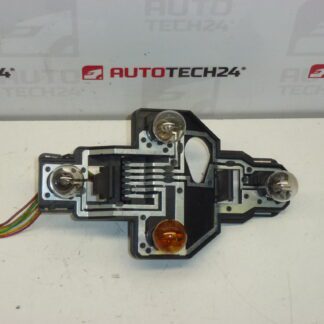