Complete inner handle with inner cover and screw cap for CITROEN C5 I first series Rear passenger side HVV- – GRAY LION Citroën C5 is a mid-range car that has been produced since 2001 to the present The production of Citroën C5 cars of the first generation took place between 2001 and 2003 , the facelift was produced from 2003 to 2008. The production of cars of the second generation took place in the years 2008-2010, the facelift of the second series was produced from 2010 to 2017. The production of the third generation with the designation Citroën C5 X combines elements of a sedan, station wagon and SUV began in 2021 and is still produced today When placing an order, you have the option to enter the VIN number and we will check the compatibility of the part with your car.

How to replace the handle? 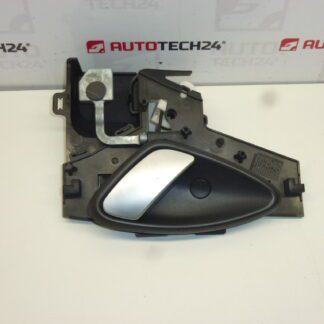