How to replace the control unit?

The unit is located on three screws on the left behind the engine, it can be easily added to another car using diagnostics 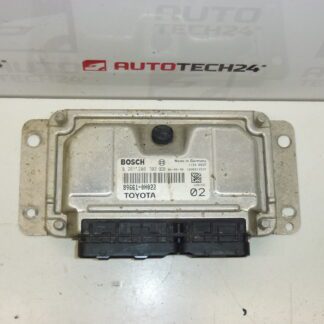