How to replace the lamp base?

Unscrew the wing nut on the lamp and then just move the lamp towards you, press the four tabs together to remove the base

Valeo is a French global automotive supplier based in France, listed on the Paris Stock Exchange (CAC-40 index). It supplies a wide range of products to the automotive and aftermarket. The group employs 113,600 people in 33 countries. Other codes 634679 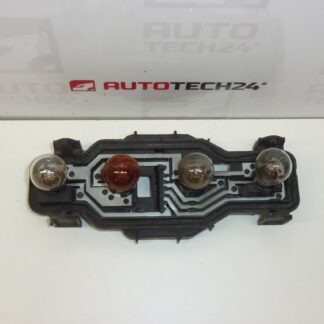